On February 21, the judges of the Constitutional Court delivered their verdict on the Future Forward Party (FFP), the party that carried the hopes of six million, mostly young, voters. As they read out the ruling to dissolve the party, six million votes evaporated into thin air.

One of those alarmed by the development is Chaiyan Rajchagool, a retired political scientist from University of Phayao. He sits down with me to discuss the political situation after the end of the country’s second-largest opposition party.

The discussion revolved around how the ruling class has kept itself riding in the saddle of Thai society for so long–and how they intended to continue holding tightly to the reins for at least another 20 years. As the tenth anniversary of the crackdown on the Red Shirt protesters in 2010 was coming up, the discussion also turned to the failure of the struggle of social movements.

Chaiyan has long been engaged with the grassroots chapters of the Red Shirt movement, and he believes strongly that politics is a matter for the common people. He believes it is one of the few bargaining chips ordinary citizens have to determine their futures.

“The political event of 1932 stimulated Thailand’s political scene but it also injected it with a volatility that allowed coups to become a constant factor,” Chaiyan says, referring to the end of absolute monarchy. “And since 2010, there have been methods of suppression that culminated in the killing of more than 94 people.”

Chaiyan adds that there was no other event in Thai history where such a large number of people were massacred for the sake of political expediency.

“The crackdown on the Red Shirts in 2010 happened because the ruling class was unhappy with the protests. They could only kill the protesters but they couldn’t kill the ideology, the ideas, and the dreams of the people,” Chaiyan says, reaffirming his confidence in commitment to the grassroots of democracy in Thai society.

Even after the coup of 2014, the people involved in the protests of 2010 were still being persecuted by the Thai state’s security apparatus. Yet, they were still able to make their views heard loud and clear through their votes in the general election.

But even after the election, those in power did not stop to go after their political opponents by any means possible.

“After that came the dissolution of the FFP, which, if we’re honest, was nothing more or less than the ruling class bullying and persecuting progressives who disagreed with them,” Chaiyan argues. “There was really no rhyme nor reason to the charges; they were completely spurious.”

Chaiyan regards legalism as one of the main weapons of persecution wielded by the conservative establishment against those who defy them. But the selective creation and enforcement of laws to suit their agenda has been buttressed by support from the mainstream media, certain sectors of the public, and the military.

“I still see the military as the most potent weapon wielded by the establishment, though. After 1957, the military became the underwriters of ruling-class influence,” the 72-year-old says. “Their symbiotic relationship eventually turned them into the same beast. As you can see, some of the most pivotal changes were orchestrated by the military, particularly through coup d’états.”

For Chaiyan, it is undeniable that each and every military coup is a maneuvering of the ruling class. He sees the military as being just the tip of the iceberg when it comes to the stakeholders of a coup.

“Just as in the crackdown on the Red Shirts, deliberations had been made all the way down the line on their side. The decision did not simply rest with whomever the ‘leader’ was,” he says before bringing up the FFP as a converse example. “In dissolving the FFP, they didn’t just achieve the disqualification of the party leader, the party secretary, or any of the other leading lights. They disqualified the political voices of six million people in the country who agree with the FFP. This is what they are most afraid of.”

In the aftermath of the 2010 violence, many people have been calling for lessons to be drawn in order to help the transition of Thai society to a more equal and democratic footing. But Chaiyan is skeptical as to whether any lessons can really be drawn from past events, or whether past events are only being used as an excuse to stifle action.

“After the violence, there were people who said things like ‘Don’t take to the streets again–it’ll just end up like May 2010,’ or ‘You can’t do that, it’ll be another October 6, 1976!’ Well, it might not go down like that,” Chaiyan says. “I don’t really believe that history ever repeats itself.” As far as Chaiyan is concerned, the potential outcomes are always changing with the times.

Chaiyan sees the political protests of the Red Shirts as a perfect case study. The parties affiliated with former Prime Minister Thaksin Shinawatra had created the conditions for almost a decade, ever since the constitution of 1997 was ratified. Most of Red Shirts were made up of the grassroots, villagers who saw the movement as a bulwark to throw their support behind. It became a deep well of support for Thaksin and his political machine.

“It’s hardly surprising that [the old power] felt like they had to squash it. They didn’t just destroy a political party, tear up a constitution, and kill dissidents. They tried to eradicate Thaksin’s powerbase. They got busy, filling all politically expedient positions in the power structure of the state with their appointees,” Chaiyan says.

Chaiyan also argues that the so-called independent agencies became faithful servants of the conservative establishment, such as the Elections Commission of Thailand (ECT). Originally formed to facilitate free and fair elections and to guard against the prevalent practice of vote buying, the ECT turned out to be little more than a cat’s paw for the powers that be. Another institution that Chaiyan regards with similar suspicion is the Constitutional Court.

The violent scenes of 2010 are now ten years old. Almost every year, a small group of activists commemorate the dead and injured in events or ceremonies. A monument ‘in memory of the people’ has yet to be created by any government since. On the contrary, those involved in the protests have been actively hounded by the state and told that they “have to forget about the Red Shirts.”

“It’s not that [the establishment] forgot. It’s that they want it to be forgotten. You won’t find anything about it in the mainstream media. No one comes out to remember what happened, apart from the relatives of the slain,” Chaiyan says. “Ratchaprasong isn’t something that can be forgotten easily. It just isn’t talked about. It is suppressed. But the brutal truth still stands. It doesn’t just fade away with time.”

Chaiyan remarks that to date, the people have yet to triumph over the strong-arm tactics of the state, the military, or the law. But the power of the people is still a crucial component of a democracy.

“You shouldn’t insult the intelligence of the common citizen. The ruling class might think that the average person has no clue, is easily led, is stupid. Or whatever,” Chaiyan cautions. “But as you can see, that’s not the case.” 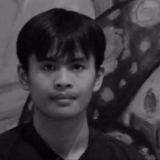 Adithep Chanthet is a videographer and journalist based in Northeast Thailand. He was a participant of The Isaan Journalism Project 2017 organized by The Isaan Record. He has been a regular contributor since 2018.