Skip to content
Sweetness & Power (10) – Isaan will be choking on toxic air again soon. What to do about it?

In a previous installment, “Trouble brewing over Thailand’s sugarbowl,” academics expressed fear that increased sugarcane growing in the region would impact the air quality and threaten people’s health. Air pollution is nothing new in the Northeast, but it is getting more severe. The region has the largest sugarcane cultivation areas and the burning of sugarcane creates toxic dust particles. Yet, Isaan only has very few air quality monitoring stations. How significant are air quality monitoring stations? Guest contributor Assistant Professor Patiwat Littidej tells us more.

PART X: Isaan will be choking on toxic air again soon. What to do about it?

This year, air pollution in the Northeast, especially the concentration of PM 2.5 dust particles, has been more severe than in the previous years.

On February 7 at 1 p.m., the pollution control department in Khon Kaen reported 98 micrograms/m³ of PM2.5 and 162 micrograms/m³ of PM10 dust particles (24-hour average) in the Muang district. Both figures are above the air quality standards of Thailand which sets the limits at 50 and 120 micrograms, respectively.

Thailand’s standards have been characterized as “weak” in comparison to WHO guideline values.

The Air Quality Index (AQI) rose up to 208 between 1 January and 31 March 2019 in Isaan, a level which is labeled as “very unhealthy.” This was confirmed by an analysis of PM2.5 concentration from satellite images in the system of MODIS (GISTDA, 2019).

Other factors such as wind speed and direction, stability of the atmosphere, change of temperature due to height and temperature inversion, humidity, rain, and ventilation played a part in keeping pollution in Isaan for far longer than usual.

Nong Bua Lamphu and Loei were hardest and most frequently hit by the effects of PM2.5 dust particle concentrations because of their basin-type geological structure as they are surrounded by mountains. This allows a high accumulation of pollution in the air and temperature inversion can easily occur. The valley area makes it difficult for air pollution to diffuse because air flows that can help blow away dust particles is relatively low.

In flat areas, air pollution can easily diffuse. But sugarcane plantations which are often burned during the harvest, are a constant source of air pollution causing PM2.5 concentrations to peak in these areas.

Moving towards another PM2.5 crisis

The spread pattern of PM2.5 in Isaan is directly affected by agricultural burning in neighbouring countries and by sugarcane burning in the region itself.

According to the Office of Cane and Sugar Board (OCSB), between 2011 and 2019, four new sugar factories were built, increasing the number from 16 to the currently 20. Locations of sugar factories are shown in Image 3.

The area of sugarcane cultivation is currently based mostly in the west and center north of Isaan due to past regulations and the concentration of mills in the area which saves on transportation costs. The ever-increasing export demand of sugar has prompted the government to support the construction of sugar factories funded by the private sector. It is estimated that by 2031, there will be 30 sugar factories in the Isaan region.

[Editor’s note: Please see parts eight and nine of this series to compare the contributor’s study of what might be called, “intensification of existing areas of sugarcane cultivation” with government plans to both expand and intensify its cultivation through a broad distribution of 29 new sugar mills throughout the region.]

Apart from effects from sugarcane burning, limited availability of land has led farmers to turn their farmlands, previously used to grow other types of crops, into sugarcane farms.

Estimates of sugarcane farm expansion by 2025 using mathematical models and geo-informatics data are shown in Image 3. It shows that the expansion is focused on central and northern Isaan-in Kalasin, Udon Thani, Khon Kaen, Nong Bua Lamphu, and Loei provinces where clusters of sugarcane farms are based near sugar factories.

This information confirms that there is a possibility of more sugarcane burning due to an increasing number of sugar factories and sugarcane farms in the area. It points to a tendency of a more severe PM2.5 crisis in the future.

Using mathematical models and geo-informatics data, Image 3 shows the expansion of sugar cane farms from 2011 to 2013 and projected for 2024. Red dots show the location of sugar mills (Patiwat Littidej, 2019)

Hot spots created by the burning of sugarcane occur in connecting plots of land, which might be because the same team of farmers operate on plots that receive a specific quota from a sugar factory. The cultivation pattern then is similar in these areas as burning the fields is cheaper than machine harvesting even though it reduces the sugar’s quality. Farmers who burn their farms this way grow large amount of sugarcane in many plots. The harvesting is also done around the same time so the hot spots are shown for more than eight to ten days in a month.

Analysing the spatial relation between hot spots created by the burning of sugarcane farms and the intensity of PM2.5 concentration at the air quality monitoring station in Khon Kaen’s Muang district shows eight hot spots with above-standard AQI levels were at in March 2019. It was matched with the sugarcane farm location information to calculate sugarcane burning area against the level of PM2.5, as shown in the graph below.

There is a direct link in the graph where hot spots are matched with the sugarcane farms and the PM2.5 intensity from the air quality monitoring station with more than 85 percent reliability.

In other words, the larger the area of sugarcane burning, the more intense PM2.5 concentrations become. This relation can vary depending on the distance between sugarcane farms and the location of the air quality monitoring station.

It can be said that other factors influence the flow of dust particles to urban and rural areas and the extent of the spread cannot be clearly determined from the information provided by satellite images and field studies.

However, there is enough information to identify a clear tendency for a rising intensity of PM2.5 concentrations in Nong Bua Lamphu even though there are no air quality monitoring stations in the area that can provide precise air quality results.

The intensity of PM2.5 concentrations caused by sugarcane burning can have public health effects in areas within a 80-100 kilometers from the burning, depending on strength, speed, and direction of the wind. When dust particles are carried away from the source area, their concentration dissipates. But when sugarcane farms that practice burning are located close to one another and in clusters, dust particle concentrations will be intensified.

Air pollution crises last longer in Isaan than in other areas of Thailand with sugarcane cultivation due to the higher number of farms, geological structures, and proximity of neighboring countries that also practice agricultural burning.

How to respond to air pollution in Isaan

The way of monitoring and evaluating the concentration of PM2.5 dust in areas where there are no air quality monitoring stations according to the standards of the department of pollution control, such as for Nong Bua Lamphu and nearby areas where there are sources of air pollution. It might be possible to use mathematical models to calculate the amount of PM2.5 from the amounts of PM10 (Patiwat Littidej, 2017), or with satellite-generated photographic and meteorological models to calculate PM2.5 as well.

In order to assess the levels of PM2.5 air pollution in areas that have no air quality monitoring stations such as Nong Bua Lamphue or other close by provinces can use mathematical models to calculate the PM2.5 levels from the PM10 measuring results from mobile monitoring stations (Patiwat Littidej, 2019). Satellite images and meteorological images can also be used to calculate the PM2.5 levels. Areas where PM2.5 levels can be calculated should base their air quality warnings on this data.

In 2019, the department of pollution control began using PM2.5 result to calculate AQI levels which is an important indicator for air quality. Countries worldwide use it to inform the public of the current air quality and also predict the development of air quality.

Countries have different standard levels for AQI. For example, the US bases its AQI on the US Environmental Protection Agency (US EPA), Canada on its Air Quality Health Index (AQHI), Malaysia on its Air Pollution Index (API), and Singapore on its Pollutant Standards Index (PSI). Thailand adapted the PSI to determine its own AQI.

The main objective in determining AQI is based on a principal to inform the public of the risks and effects on health caused by air quality at a time or in the future. AQI in each country reflects the development of air pollution management. The weaker the AQI standard, the more the country is in the initial stage of managing air pollution.

The effects of PM2.5 in the North of Thailand are well-known. But recently Isaan has been facing the same kind of lengthy and severe crisis while still lacking a network of air quality monitoring stations that assess both PM10 and PM2.5 levels and cover all areas. The pollution control department is working on installing more stations, but it is expensive and complicated to manage. It will take many years before every province can be covered.

There is also a plan to install stations only in major cities, which means that the air quality in the rural areas will not be able to be assessed. At the moment, there is a development of a air-monitoring device that operates with a small sensor which is reasonably reliable and cheap.

But even with the most accurate air quality control and AQI assessment, the root problem of air pollution cannot be addressed. The government needs to come up with comprehensive regulations and create guidelines.

Control policies might not work out totally when implemented in the area, but it is the beginning for farmers and stakeholders to realize the severity and danger of the PM2.5 dust particles when the crisis occurs every year when sugar cane is supplied to the factories.

Farmers who burn their crops might not realize the danger and effects, which does not directly affect them at the time, the spread of the dust particles creates for people further afield. As long as no initiatives for change are made from stakeholders in all sectors, the crisis continues. 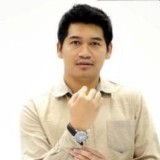 Assistant Professor Dr Patiwat Littidej is the Head of the Geo-Informatics Research Unit for Local Development in the Department of Geo-Informatics, Faculty of Informatics, Mahasarakham University. His interests include phenomenon of global climate change. He may be reached at patiwat.l@msu.ac.th
Scroll Up