The process of integration of states always aims at establishing harmony and unity among different people and consolidating the rulers’ power. In Thai political history, the Bangkok-dominated centralization approach placed the diversity of various local areas throughout the country under the influence of the central government. Consequently, the center gradually assimilated local diversity. Ultimately, it will disappear if local people are not aware of how to maintain their own local identity.

The “Lao lands,” the so-called “right bank of the Mekong River” or “Isaan,” features a variety of ethnic groups and cultures. One of Isaan’s cultural foundation are languages. In the past, the region was filled with various different languages, such as Phu Thai, Vietnamese, and Lao, and these languages existed both in spoken and written forms.

This article explores the Siamese government’s political centralization through the use of the Central Thai language. Focusing on the Tai Noi script, once the written language of the Lao Kingdom of Lan Xang, it will be shown how Siam assimilated Lao culture on the right bank of the Mekong.

History of the Tai Noi script

Originally, people in Isaan, especially the Lao groups, used their own script, which included three widespread types: 1) Khmer script, an altered Indian script, which appeared on a stone inscription found in the region during 16-18th century Buddhist era [roughly the mid-10th to the mid-13th centuries A.D.], at a time when the Angkor culture (based in an ancient city of 400 square kilometers, currently located in Siem Reap, Cambodia) thrived and expanded its influence into the Northeast, 2) Tham script spread into the Northeast during the Lan Xang period around the 22-24th century Buddhist era [the mid-17th to the mid-19th centuries A.D.] It is rooted in ancient Mon scripts and was generally used in religious practice, inscriptions promoted the ethics of the Buddha, and various Buddhist stories, and 3) Tai Noi script, which expanded into Isaan together with the Tham script. It was often used for secular matters, such as in administering civil affairs, inscribing literary works by ancient Isaan philosophers, and to record tales or phaya (wisdom, philosophy, maxims, aphorisms), for herbal remedy books, fortune-telling books, etc. It can be said that Tai Noi was the most widely used script in the ancient Isaan intellectual society.

The Tai Noi script used by ancient Isaan people had no tone marks but the spoken language included five tones similar to Thai language. However, since it did not have tone marks, readers had to add tones on their own. Since some words written with the same characters and vowels might have different meanings, it was up to the reader’s consideration to decide the meaning. Ancient Isaan people referred to this as “an nang sue, nang ha”, meaning that readers must find their own meaning in the context of the writing.

An intellectual colony: Tai Noi replaced by the Thai script

When talking about language use, the first thing to consider is imagining how a language is a tool used to communicate. Once considered thoroughly, it can be seen that language is also the basis of bringing about and transferring power. I will explain why, according to the evidence I have collected.

When Siam began to implement a state reform policy to consolidate power centrally in 1874, the government tried to convince the Isaan people that the use of Thai script was more convenient in common use and more acceptable in communicating about civil affair matters than using their local script. The Siamese government therefore began implementing a Thai language and culture policy in school lessons and instructed Isaan people to feel that they were Thai. Through a new educational system, this led to the acceptance that Siamese culture was superior to that of Isaan.

The reason why the government reformed its educational policy was partly due to the need to produce bureaucrats to serve a large number of newly established agencies created through the government reform policy. The central government therefore came up with a policy to encourage schools in the districts to recruit teachers qualified to teach in Thai. In the early stages, Buddhist temples were used as teaching spaces, and most of the teachers were monks or laymen who were once ordained monks. The first school to teach in Thai language in the Northeast was established in 1891 in Ubon Ratchathani, the Ubon Wasikasathan School. Since then, the Thai language-based education system enforced by the central government has gradually evolved in the region.

At its onset, there was a total of six Thai language textbooks written by Phraya Sri Sunthorn Wohan (Noi Ajaari Yangkul) in the northeastern region, namely, Munbotbanphakit, Wanitnikon, Aksonprayok, Sangyokphithan, Waiphotchanaphijan, and Phisankaran. Later, in 1910, the Ministry of Interior had assigned monitors in various districts to ensure young Isaan children were attending Thai schools as required. In 1921 the Compulsory Elementary Education Act was implemented. It forced parents to send their children to school taught in Thai language. Since then, Isaan intellectuals were forced to work within an education system that used Thai script.

It can be seen that the Thai script was only used in official duties after spreading to the Northeast, such as a official reports from the province to the government in Bangkok. Monks and villagers generally continued to use their local script. It wasn’t until government schools (schools in provinces or administrative units supervised by civil servants) and local schools (schools in rural areas where civil servants and/or local people served as education committee members) were established, that the children of Isaan had to go to these schools and study in Thai language, as imposed by regulations. This context directly affected the popularity and use of the Tai Noi alphabet. The number of Tai Noi users decreased rapidly when the general education system turned to use Thai language. The Tai Noi alphabet concurrently lost its value in society and gradually disappeared from the knowledge of the following generations.

Traces of an intellectual revolt

However, the intellectual dominance of the Thai government in those days was not well organized. In some areas, there was a reaction against such threats to intellectual dominance. For example, the 1940 Phi Bun Rebellion, or the Holy Men Rebellion, in Ban Sawathi, Khon Kaen Province, was one such challenge. Led by mo lam singer Sopa Pontri, along with village leaders, the rebels refused to send their children to school in Thai language as they believed that studying in the school would make their children become Thai, not grow up as ethnic Lao. They also believed that the Tai Noi scripts used since the old days had taught children to be good and morally superior than using the Thai language. But in the end, this group was suppressed by the government and charged with treason.

The administrative reforms in the reign of King Rama V aimed to create solidarity and unity among Siam’s regions to centralize political power. In consequences, culture diversity was diminished and the Tai Noi alphabet was driven from society and the wisdom of the Isaan people. It was the intellectual dominance with superior power in the locality. Apart from Isaan, Laos experienced a similar threat of intellectual domination under French colonial power. France unsuccessfully tried replace the Lao script with the Roman alphabet system aiming for Laos to be become an intellectual colony.

It can be concluded that the introduction of the Thai language system was a method of the state to impose control over and obliterate the values and the wisdom of local people, in order to create national unity and establish central government authority. This was the great success Siam’s national integration project.

Growing up and attending government regulated schools, I myself only recently learned that my region used to have its own written language.

This story was first published in Thai on 9 January, 2019. Translated and edited by The Isaan Record. 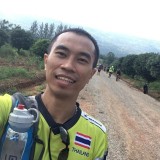