Skip to content
Is the key to happiness a daughter in Europe?

While Europe worries about trafficking and the so-called refugee crisis, Thai villagers are still building their hopes on women’s migration and labor abroad.

The day Dak left her small village in Isaan, she picked up her in-laws’ radio and got on a bus to Nakhon Ratchasima.

Dak was 33-years-old; her husband was a migrant worker in Saudi Arabia but drank the money away and stopped sending any back for her. Dak made a living as a day laborer in the tapioca fields around her village in Isaan and supported her four children, parents in-law, her own parents and her terminally ill sister.

The pawnbroker in Nakhon Ratchasima took the radio, and Dak spent the money on a bus ticket onwards to Pattaya. She planned to work at a beer bar and find a foreigner to marry, so she would be able to go abroad and work. In Pattaya, she eventually met a Danish man.

In Denmark, Dak initially worked in three different day jobs as a cleaning assistant – cleaning the summerhouses of Danish families and doing night shifts on board a ferry sailing between Denmark and Norway. At first she had to send a lot of money home, but after several family members passed away she only needed one job at a metal factory. Every month, Dak now sends $150 (5300 baht) to her family in Thailand.

In recent years, many Thai women have moved to and now live in the region of Denmark where Dak settled. Mon is one of them. I meet her as she sits on her bed in the basement of the brothel where she works, in a Danish provincial town. She coughs, she’s sick today. Around her are Buddha figures, a makeup desk, a hot tub, flashing string lights and a soccer match on TV. The establishment is open all hours, but today Mon is too tired to see customers, so she keeps the door locked. Behind the entrance door are two sticks in case she needs to defend herself against hostile customers. Mon divorced her Danish husband and turned to sex work to make a living. She wants to quit the job at the brothel, but she has many expenses back in Thailand and finds factory work to be tough and poorly paid. Mon tells her family that she is working as a cleaning assistant in Denmark. Every month she sends them $450 (15800 baht).

Mon and Dak are not victims of trafficking, as Thai women are often portrayed in a European and Danish context. They are marriage and labor migrants and they are proud of that. They work and remit money to their families in Isaan. In Denmark and in Europe, women from Thailand are often wrongly and prejudicially described as sex slaves, victims of trafficking, or as women who are passively “bought” and exploited by their foreign husband, and it is presumed that they see their marriage only as a shortcut to wealth. Rarely are they understood as women who marry out of love or who migrate to Europe in a deliberate decision to support their families.

A daily salary of $8 provides a Thai family with food on the table almost every day, but little else. Serious illness, accidents, and unemployment are frequent disasters that $8 a day won’t cover. Dak’s village – situated in Nakhon Ratchasima Province – is a poor community that has benefitted economically from female villagers’ migration to Europe and their monthly remittances. Out of the 600 people in the village, 17 women have gone to Europe – nine of them live in Denmark. That means that most families in the village are affected by the women’s migration, as they miss their mothers, sisters, and daughters abroad, but also because the remittances they receive, the money some of them borrow, and the houses they live in are everyday reminders of their family members’ absence.

As Bangkok Post recently reported, research by the Institute for Population and Social Research (IPSR) at Mahidol University documents how Isaan for decades has seen its families split by migration. The consequence, the researchers argue, is that Thai children living with their grandparents but without their parents are prone to being poorly nourished, and suffer from developmental and behavioral issues. Such research results have to be carefully disseminated, as it might lend to judging families already in difficult situations rather than pointing to the responsibility of the Thai State in providing social welfare programs and assistance for its citizens. While this study primarily focuses on parents who left for Bangkok, some children in Dak’s village certainly suffer from the absence of their mothers and miss them in Europe. But the money these mothers send gives their children the opportunity to go to private childcare and eat healthier food, and the grandparents do their best to take care of their grandchildren.

Dak was the first woman from the village to travel to Europe, and since then the village has changed. Dak’s cousin, who is still living in the village, says:

Eight years ago there was only one car in the village, but now there are at least ten cars and some of them are brand new four-wheel drive pickups. I remember that there was only a single two-story wooden house with blue tiled floors; the house was neat and well maintained. […] Now there are at least 15 brand new concrete houses with glass windows, tiled floors, refrigerators and colored roofs – some of them look like palaces. It’s unbelievable how fast things have happened.

The only families in the village who can afford such fancy houses are those with a woman in Europe and a few rich landowners. This village is not unique. In the last few decades, several villages in Isaan have witnessed this transformation.

The migrant women’s money is not only spent on consumption. Most of it goes to parents’ hospital stays when they are sick and their siblings’ education. The women’s migrant income effectively works as long-distance retirement savings and unemployment insurance. That is, through their migration the women are doing what somewhat could be expected from the Thai State. The paradox lies in the fact that in Denmark these Thai women are occupying jobs that few Danish people want. Meanwhile, the women contribute – either by working in labor-intensive sectors, as cleaning assistants, or in the sex industry – to the development of their families and to Thailand as a whole, in particular Isaan. While there is no precise data on Thai women’s remittances specifically, data from the World Bank shows that remittance payments to Thailand have increased significantly in the past ten years, and in most countries in Europe the gender ratio among Thai immigrants is about 85 percent women and 15 percent men. In short, Thailand receives a lot of benefits from these women without giving much back.

Seen from the perspective of the villages in Isaan, the migrant women are thus kinds of heroines. That does not mean, however, that the women’s lives as migrants in Denmark are uncomplicated. While most of the women I meet are in well functioning marriages, sex work, tough factory work, and domestic violence is a reality for others. But the economic success of migrant women continues to inspire some women in Thai villages to travel abroad.

The focus on trafficking and sex work continuously overshadows the European and Danish debate on Thai women and severely lacks the perspective of the migrant women themselves and that of their relatives in the villages of Isaan. Instead, what is needed in the debate is to keep the moral panic at a distance and deal with the global reality that makes Thai women travel to Denmark and other places.

Some do it out of love and others to find work – some at brothels – because they don’t make enough money in Thailand. As is often the case for female Thai migrants, Dak and Mon’s decision to emigrate was shaped by inequality, strict European visa policies, and a booming culture of migration in Thailand. A more nuanced understanding acknowledges how Thai women abroad are, of course, not merely “sex slaves.” Rather, they often bear the burden of the Thai state’s weak social welfare system and its uneven support for rural communities. 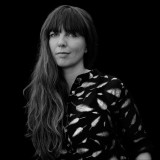 Dr. Sine Plambech is an anthropologist, Senior Researcher at Danish Institute for International Studies and Visiting Professor at Yale University.
Scroll Up