Skip to content
Public education in the Northeast producing inequalities

Today, the education system in Northeast Thailand is increasingly geared towards making money. Public schools see opportunity in capitalizing on middle class students, creating economic elitism in education by granting privileges to a small group of selected students while excluding the rest in the traditional track.

Imagine yourself as an average student in a public school in Isaan among 3,000 other students. You share a classroom with 40 classmates. You follow the same study track as most other students in your school. However, your school organizes a special program for which less than ten per cent of students are selected per year to get a better education. They get to travel abroad with one of the traditional track teachers while you’re struggling to have your name remembered in class because you’re lost in the crowd of the not-so-special program.

Education in Isaan has always been a competition for students. From kindergarten to high school, kids have to compete in selection exams. In the most famous schools, students are required to take entry examinations and are classified according to their scores. The so-called “King” class is reserved for those with the best scores and the “Queen” class for the second best ones and so on. While this might seem like a fair system, from my experience, bribery is common, especially in big distinguished schools.

Today, students’ overall academic performance is not the only selection criteria for privileged education anymore, as big public schools have shifted to offering special programs. The names of these programs, like the “English Gifted Program,” suggest that these classes are reserved for the best-performing students.

But in fact, extra-tuition fees are to be paid for these programs. These can reach up to 60,000 baht per semester, not to mention the admission fees that might cost over 100,000 baht per person. Sometimes there are seats reserved for those who aren’t academically qualified but willing to pay. It is not so much academic excellence but money that plays a crucial role here, which indicates the growing influence of capitalism over public education.

A socio-economic survey conducted by the National Statistical Office in 2013 suggested that the average income of the region has continuously increased from 7,388 baht a month per household in 1996 to 19,181 baht in 2013. This is a sign of progressive economic growth in the region. However, with an average monthly income of under 20,000 baht per household, the investment on extra-tuition classes is not very affordable, given that a household may consist of two to even ten family members.

Most of these programs provide intensive classes on subjects that are important for university exams, which are math, science, and English. In the English program, for example, almost every class is taught in English by a mix of Thai and foreign teachers. These classes are specially designed to get students into prestigious schools, especially medical schools. The programs usually take pride in their students’ achievements from academic competitions outside school and university entrance exams.

While getting a better education is already a huge privilege over those who can only afford a traditional education, this is not the only advantage that comes with paying higher tuition fees.

In regular public schools, students have to comply with strict restrictions that prevent individuality in dress, behavior, and hair, such as mandatory upper-jaw long hairstyle for girls or military-short coiffure for boys. In some public schools, female students will be publicly harassed as punishment just for growing their hair one millimeter longer than their earlobes.

While these restrictions are harshly enforced on normal students, exceptions are often granted to those in special classes. In one well-known school in Mahasarakham province, students from the special English program (EP) are allowed to grow their hair long and are given more freedom over their own bodies at school.

Other privileges such as field trips abroad, English camps, prom night, and honors ceremonies are commonly included in the special courses. Sometimes even special uniforms are designated to students to explicitly show that they pay more than the others. This allows the distinction to be even more obvious because the uniform itself tells you “who’s who” on campus. Additionally, for many English program students, participating in a talent show or school’s activities such as Christmas day is mandatory, while normal students are often excluded from showcasing their talents.

Some programs even take on a business approach to attract their middle class targets by creating their own promotional videos, bragging about their achievements and additional benefits over mainstream education. In a neighboring province, one EP advertises that its English program students have their own private music room, library, and swimming class. The head of the program even says, “it is necessary and vital for our students to study every subject in English from native speakers as we enter the world community.”

It is true that Isaan and Thailand are entering the world community. But what about the other 90% of the students?

In theory, when one participates in the public education system, it is expected that they are equally benefitting from education according to national standards. The irony lies in the fact that double standards take place officially in public schools and are approved by public educational staff. The given privileges create elitism within educational establishments that are supposed to provide equality regardless of socio-economic backgrounds. Instead, this system favors a group of students who pay more, while leaving out those trapped in mainstream education, which sadly is the majority.

From this perspective, inequality starts with education. Students from more affluent families have a better chance to buy their way into a better education, and thus, into more opportunities. By contrast, students who can’t afford such luxuries not only face inequality within the same campus, they are also less prepared for future opportunities after their graduation. This creates a social bubble where they enter school from the same gates, yet are stratified by the system, leading to class distinctions based on socio-economic milieu.

What should be done first is that public schools should prioritize the raison d’être of their establishment, which is to ensure educational equity to every student, regardless of socio-economic difference. As we are entering the “world community,” English along with other skills are necessary to prepare students for the changing world, especially now that Thailand is already a part of the ASEAN community. In the long run, instead of focusing on one group of students, schools might need to consider expanding the established initiatives to the rest of the school to guarantee that every student is fairly equipped for the future.

Importantly, unequal treatment should not be practiced and tolerated just because some students can afford to pay more, as long as the schools self-proclaim to be public. Because what is more unacceptable than having hair one millimeter longer than the dictated length is the fact that the educational staff think that a group of students within a shared educational space deserves better treatment than others. 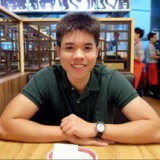 Natchanon Ongjui is a 4th year undergraduate student in Language and Culture at the Faculty of Arts, Chulalongkorn University. He was born and raised in Maha Sarakham.
Scroll Up